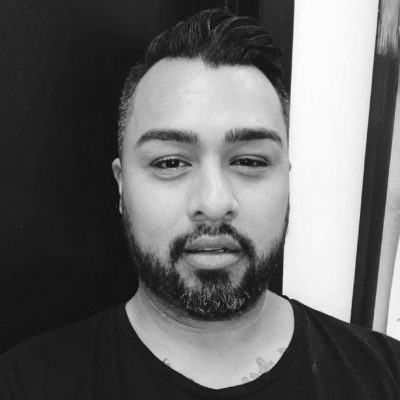 Daniel Medina began his career in 2005 as an intern for Laurie Baker, a celebrity makeup artist to Naomi Campbell the super model of the world. This is where I began to love makeup and the art of application. Soon after in 2008, I became the key makeup artist for Portland fashion week and 58 productions. Later that year, I co-founded Unified People in Arts, a center for local artists and creatives to collaborate together with an emphasis on fashion and beauty. This is where I met my people. I worked with many fashion designers, stylists and photographers while operating U.P.I.A. I was privileged to assist and work on iconic print magazines such as NYLON, PAPER and VOGUE. I began to work for New York and LA fashion week while working with top talents in the industry. I decided to switch things up when I had an opportunity to work on the show GRIMM on NBC and Portlandia on IFC. I continued to work in film and television for many years as well as Independent films, production projects and working with various celebrities. I was picked up as a pro makeup artist for CHANEL which I contributed artistry for 11 years. My love of makeup inspired me to teach and work with Paul Mitchell and Aveda as an educator for many years. Most recently, I have focused on my own passion project where I have created a game changing product called Face Cult. Face Cult is a unique makeup applicator that you can roll down with a single finger and apply your makeup with a flawless application like no other. Face Cult will be launching exclusively at The Makeup Show Houston on August 21-21, 2021.