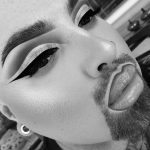 Gilly started his career working at MAC in LA and quickly progressed in his career and was sent to Hawaii to become the Store Manager to roll out their new flagship store. Gilly is an international artist heading up campaign shoots for Color Pop,  Mac and other various brands. Gilly is currently working as our Creative Director at The New York Make Up Academy. 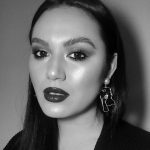 Ana’s passion for makeup artistry started when she was 9 years old after discovering the book, The Art of Makeup by Kevin Aucoin.  She began her career in the cosmetics industry in 2008 at MAC Cosmetics and quickly grew to become a Flagship Store Manager in San Francisco, and also Artistry Trainer collectively for 11 years.  In that time, she gained experience in working designer fashion shows for New York Fashion Week and San Francisco Fashion shows for designers like, The Row, Carolina Herrera, Noon by Noor, as well as worked on Jennifer Lopez‘s, Michael Jackson‘s Video Vanguard VMA 2018 Performance.  She is currently working
as a Sales & Artistry Executive training and managing sales for Anastasia Beverly Hills and building her editorial work in various online
and print magazines.  Her next venture would be to help continue to build excellence in education and makeup techniques for New York Makeup
Academy and is the Head Educator at the school,  as well as work on a campaign shoots for the brand.